Below are two scans from PC PowerPlay and Hyper, Australian gaming magazines, from late 1997. Not having internet access at the time, they were the first previews of this magnificent game that I was privy to. I’m happy to share them with you now.

Something to note is that during this phase of Quake 2’s development, the distinctive coloured lighting and radiosity algorithm had not yet been implemented. Curiously, it’s absence actually accentuates the excellent texture work and creates a moodier atmosphere. The bizarre, pervasive orange glow which would end up saturating the game world upon release dates the title markedly. I can only assume it’s inclusion served to distinguish it from the original Quake, which was much maligned for it’s brown color palette.

If you’re interested in replicating the earlier lighting style, you can use the Software renderer in the Video menu of the game, although you will lose out on the characteristic texture filtering of the hardware accelerated alternatives. Going further, you can take a look at some of the modern source ports and tweak the myriad of extra console options included, or perhaps check out the original source code :) 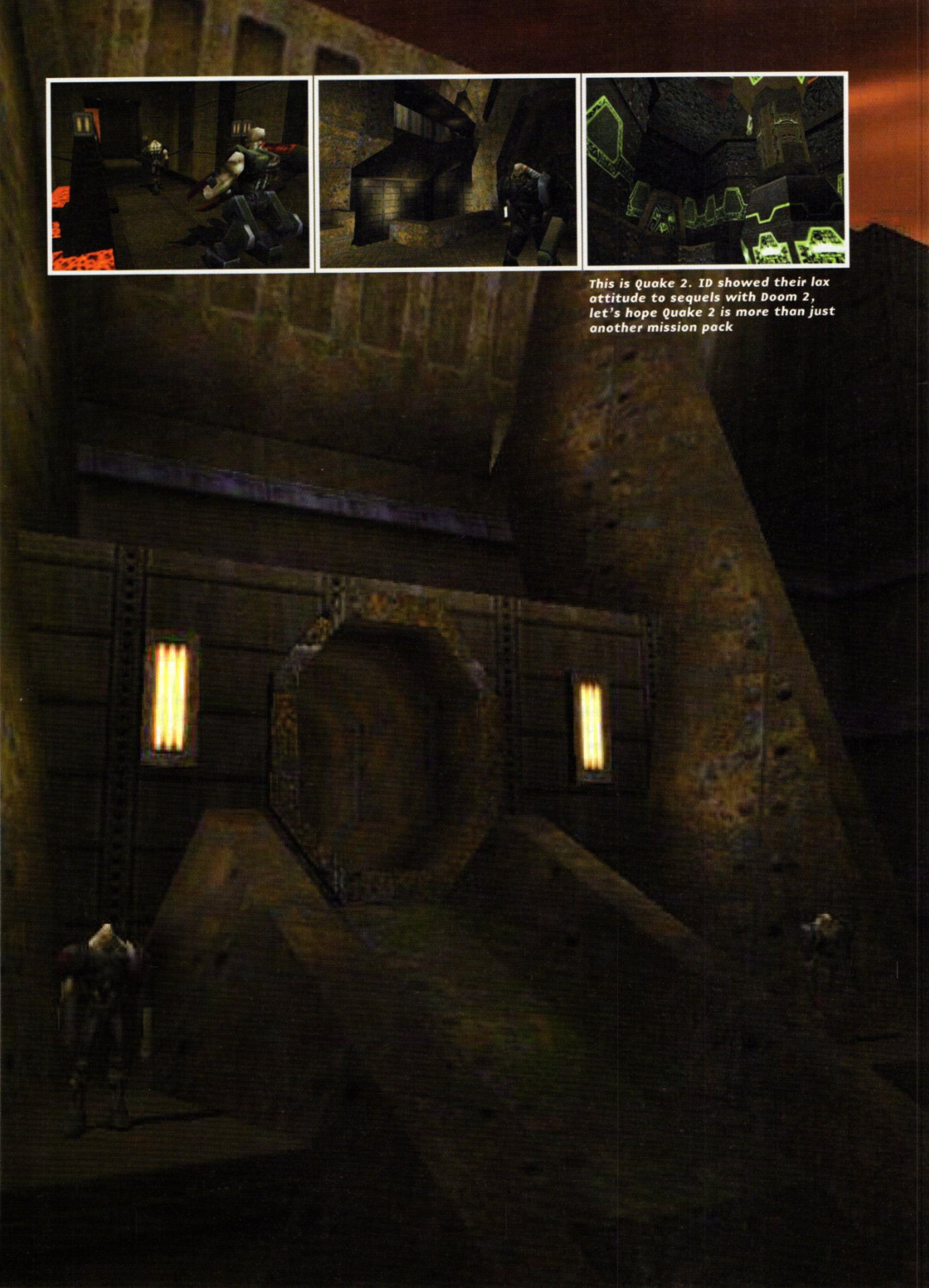 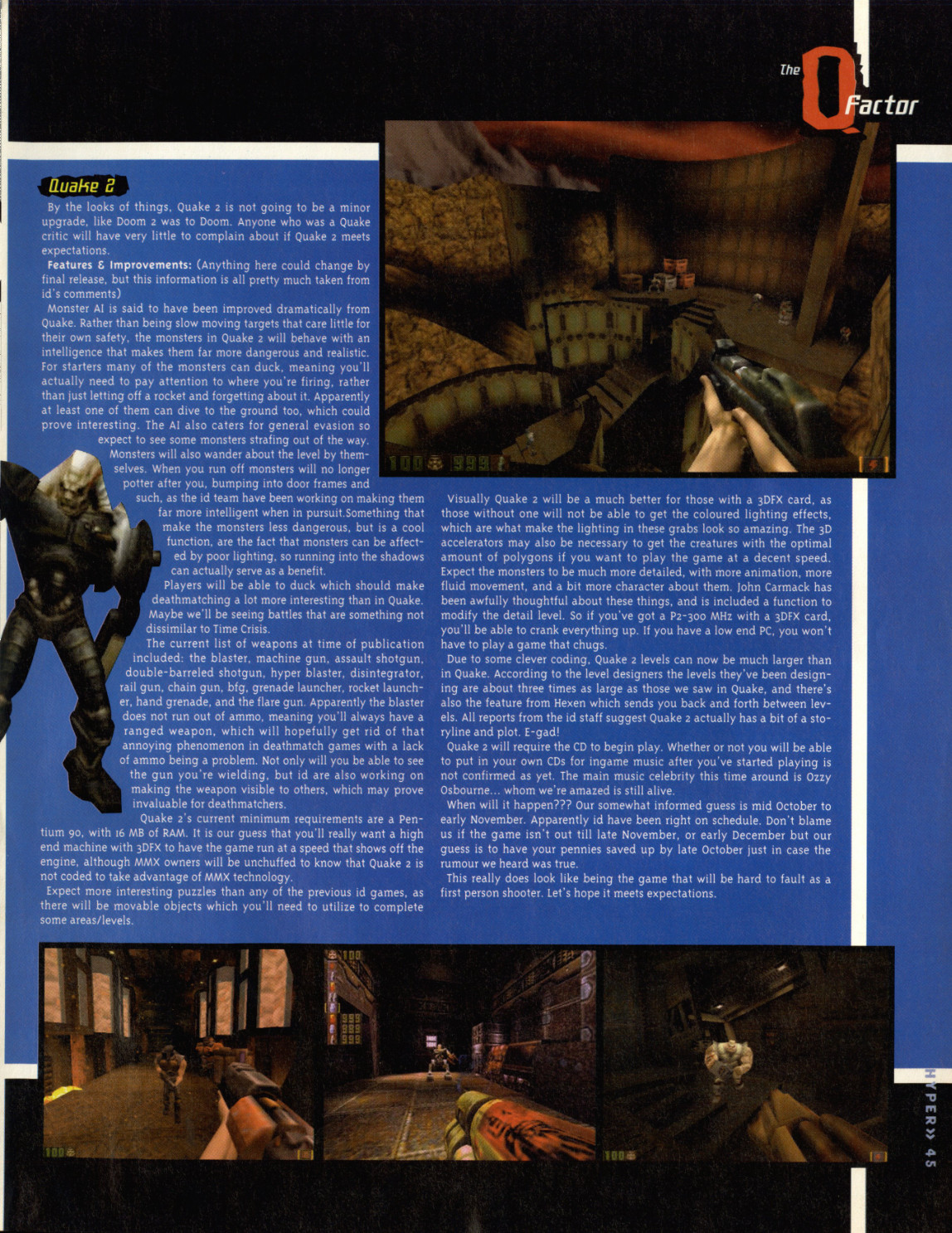